My relationship with music 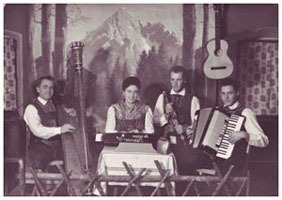 Music determined my life since my childhood days. Some family members that resided in the countryside of Tirol
have been full time magnitudes in traditional music; my grandfather was one of the last harp makers in Austria. At the tender age of nine I mastered my first intrument, the mandolin. Guitar, Piano and drums were destined to follow. In the course of adolescence, my taste changed to the pop and rock music of the seventies.
Aged 16, I established contacts to the band Embryo and Schneeball-Records, Germanys first independent label, for which I organised various concerts in some small towns.
The arts and leisure centre ‚UmmiGummi‘ in Lienz was a direct result of my promotional activities back then.

As I turned around 17, I left Austria to tour with my jazzrock combo ‚Zwitschermaschine‘ as a drummer. As the group disbanded, I went on a folkloristic excursion, discovered my own voice and started to work on a publication for several months that, in the end, never got realized.

Because the hedonistic element dominated my life, while I was busy cruising around the world for the next couple of years, the importance of music dropped into the back. Being able to play guitar on the streets allowed me to survive in poor times more than once (in Greece and Japan, among others). Punk and New Wave never got hold of me, the first contact with new music happened around 1985 during some EBM and/or House parties in Goa while I was heavily tripping on acid.
A personality crisis at the age of 30 got me to settle back to Germany. 1991 I purchased an Atari ST, Steinberg’s Cubase and a Yamaha SY-77 to compose some music on my own. 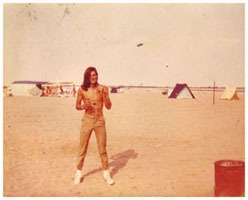 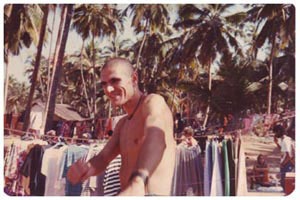 1994 my girlfriend and me established the fetish oriented venue ‚KitKatClub‘ in Berlin that got a reputation beyond borders. During the nineties, it was, apart from the sexual component (the KitkatClub was the first discoteque that allowed you to have sex in public), mainly the melodic and trancey style of music (which its followers refer to as the ‚Kitty Sound‘) that got the club its approval of popularity. In the last couple of years, the KitKatClub has opened itself to new musical influences ranging from electro to full on (check kitkatclub.de). The success of the KitKatClub has further allowed me to extend my sound studio where, in total, several hours of music have been composed and programmed to midi that partly went onto the green album. Then a break took place in my musical work because of the extension of the club, several relocations and the launch of the gonzo porn label ‚Subway Innovative ProdActions‘ that required my full attention.

Since November 2002 I work alongside Charly Bainsky who supports me as a sound engineer compiling the whole material that has been conceived. Originally, I wanted to rework my former MIDI creations, perfectioning them with updated sounds. Because I was acting a rockstar in one of my porn movies, I thought that this rockstar required a hit, so I produced and sang ‚Ballad of a dying man‘ (check: The green album) exclusively for that film, a composition that I did during my later adolescence. In the following period, having enjoyed to discover my voice again, I added my vocals to all of my previously recorded instrumentals and reworked some of the songs that I had been chanting along during my days as a street musician.
Concurrently, Charly Bainsky, who had a background as a sound engineer working for bands and live events, got into club music and started to create some basic grooves for me to play around and arrange with. This had the advantage to put my attitude of ’not wanting to be pigeonholed‘ on a solid and appealing foundation. 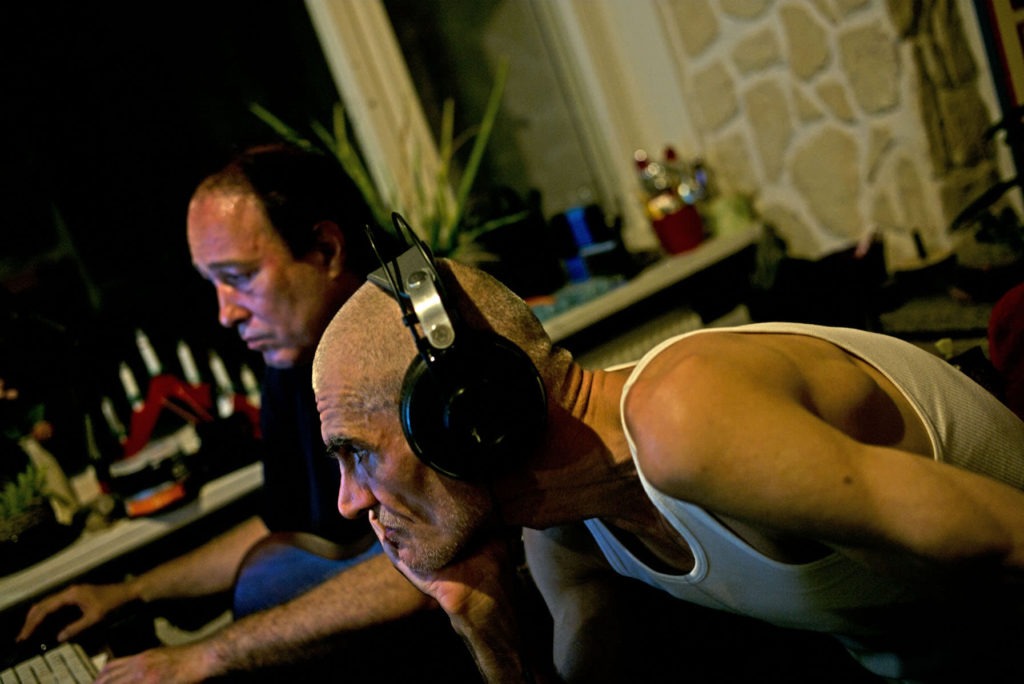 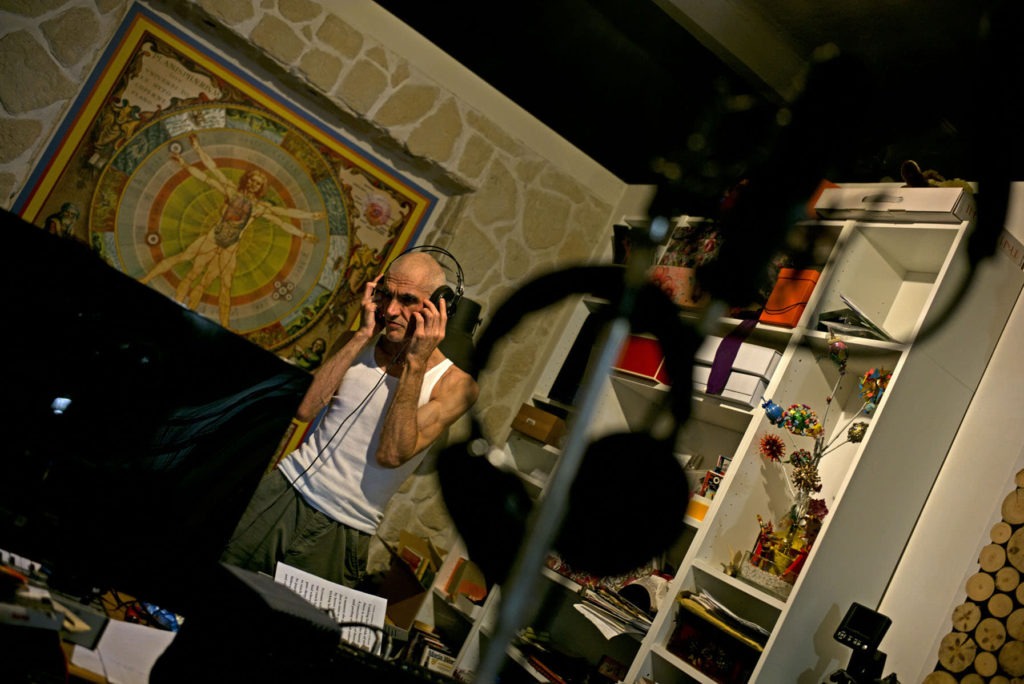 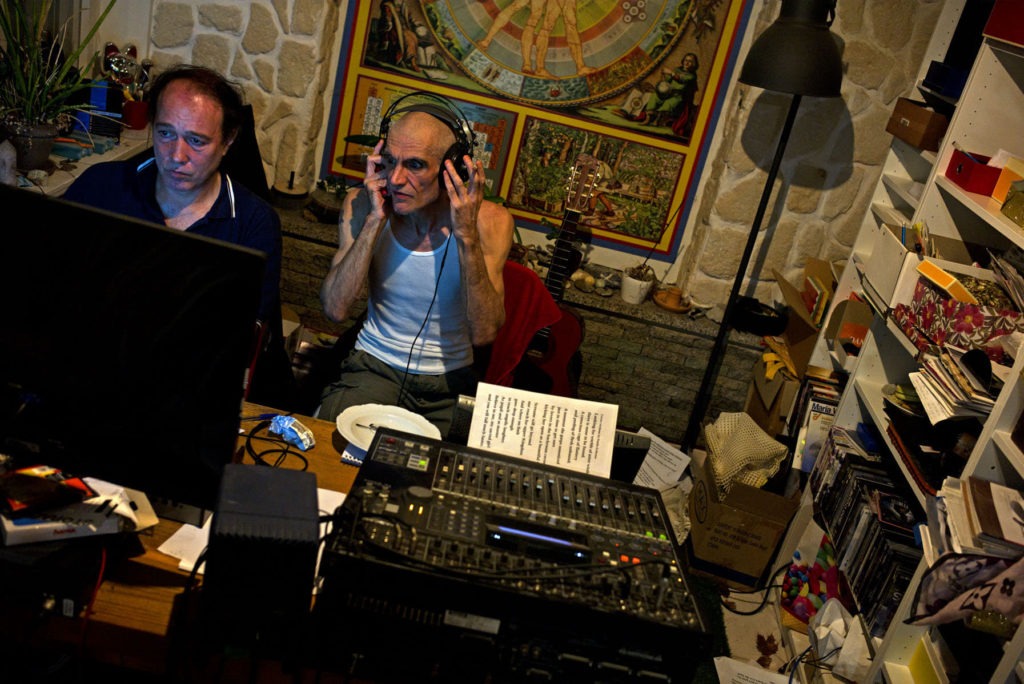 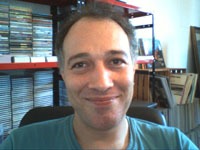 Born 1965 in Munich , grew up trilingual in Brasil. Since 1989 sedentary in Germany and since then both busy as a live and studio guitarist in various bands as well as working as a producer and sound engineer.
Since 2002 cooperating with Simon Thaur.

Simon Thaur has always been a music lover. He originates from an austrian family of musicians, left home at the age of 17 and went on a 14 year-long journey around the globe, never having a residency, that took him to London, Italy, Greece, Israel and India. As he came back to Europe, he met his female companion Kirsten with whom he founded both the KitKatClub in Berlin and the movie production company Subway Innovative ProdActions. The KitKatClub recently celebrated its 12 th anniversary, still proving its unique status in Berlins wild club territory, beeing known as a meeting place for sexually open minded people and having a reputation to be europes or probably the worlds most ecstatic venue. With Subway Innovative, Thaur created 200 pornographic masterpieces that are considered landmarks of european porn history, often breaking the genres‘ boundaries. Since 2003, Thaur had been on the lookout for a new challenge, devoting himself to his love of music by the construction of the KitkatStudios and an incomparable sound that has never been heard before. The principles of his movies also apply to his music: breaking the limits, not only by opening pigeonholes but mixing them up to develop his very own style. His sound is a fusion of guitar riffs, techno/trance-like patterns from all genres of electronic music topped with an outstanding vocal that would easily be identified out of 1000 voices.

Acting out on different roles and incarnations, he gives you the dominator or he would sometimes appear in the guise of the poet, the tempting magician or the ironic genius. He could either be your prosecutor or the blessed and gifted entertainer that casts a spell over you, takes you to his world and just won’t let you go.